In September 2013, Leon Li founded Huobi as a Bitcoin trading company. He had acquired the Huobi .com domain in May the same year, as part of his plans to launch this platform in China.

In November 2013, the company received angel investment from Zhen Fund and Dai Zhikang which served as the company’s initial capital.

By December 2013, Huobi was the largest cryptocurrency trading platform with a trading volume of over 30 billion Yuan.

In August 2014, the company acquired Quick Wallet, a Bitcoin Wallet provider, and had increased its turnover to about $ 4 billion.

In September 2014, there was a mix up at Huobi in which 8.100 Litecoin and 920 bitcoin were deposited erroneously into different accounts. The company corrected this error and in November the same year, it established a system reserve fund to mitigate future losses arising from erroneous transactions.

In April 2015, Huobi undertook joint digital asset research with Tsinghua University at the Internet Finance Laboratory at the University’s School of Finance.

In November 2016, the company also joined the Fintech Digital Asset Alliance, positioning it as a vital partner in digital assets research in China.

In August 2017, Huobi was involved in a controversial investment of client idle funds totaling to about $150 million. Huobi had collaborated with OKCoin to make this investment into what the company called wealth management products.

In September 2017, Huobi suffered a big blow when China banned trading in cryptocurrency and Initial Coin Offerings (ICO) on domestic exchanges. This was followed by a quick decision by the company to explore other global markets as it could no longer operate in China.

In October 2017, Huobi’s first office outside of China was opened in Korea, and the second was opened in Singapore in November the same year, becoming Huobi’s headquarters to date.

In just one month, Huobi trading volume in Singapore exceeded 30 billion RMB, which encouraged the company to expand further to Japan in December the same year.

In March 2018, Huobi made entry into the USA digital assets trading market but had to suspend operations in July the same year as the market proved non-profitable. However, the company continues to trade in HBUS, a US Dollar-backed stablecoin that the company created.

In July 2018, the company launched Huobi Cloud, a platform that was to give digital asset trading platforms a one-stop-solution.

In September 2019, a rumor circulated that Huobi was partnering with a Chinese Smartphone manufacturer to make Smartphones that would be enabled to trade in digital assets. However, Huobi management dispelled this rumor with an incredulous Twitter post.

On March 30, 2020, Huobi initiated trading in perpetual swaps, and on July 15, 2020, the company announced it was introducing bi-quarterly futures contracts, with the first one set to expire on December 25, 2020. 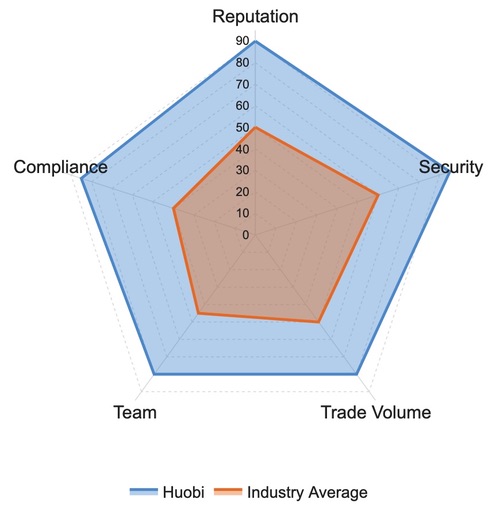