In November 2019, Bybit announced and opened registration for its first global competition in BTC trading.

In 2019, Bybit held trading competitions for the Japanese and Korean customers.

In 2019, the Bybit affiliate program was launched. The program aimed to bring onboard business partners who would market the platform and get commissions for the new customers who sign up on the platform through their influence.

In May 2020, Bybit launched a Mutual Insurance which would help traders in risk management against unforeseen and unfavorable market shifts.

On June 22, 2020, Bybit launched Fiat Money gateway which is supported by 20 currencies. This opened the window for users to make payments using these currencies.

On June 24, 2020, Bybit launched Creative UGC Campaign and encouraged participants to share relevant content. The most creative participant would be crowned the winner, and the top 3 winners would share $1,000 worth of Bitcoin.

On July 9, 2020, Bybit signed a partnership with UNICEF New Zealand to support needy children who were heavily impacted by Covid-19. The company pledged about $110,000 donations from the WSOT trading fund.

In August 2020, Bybit expanded its operations to Japan and Korea and introduced JP¥ and KRW as new currencies on the platform.

In August 2020, Bybit Insurance was launched as a kitty to cushion traders on the Bybit platform in case they experienced losses due to negative equity.

On August 18, 2020, Bybit announced that more than 12,500 participants had registered for the WSOT million-dollar trading competition.

In August 2020, Bybit’s USDT perpetual charts were availed for view in TradingView. This meant that traders could follow cryptocurrency market trades in real-time to make trading decisions on their USDT.

There are no comments yet 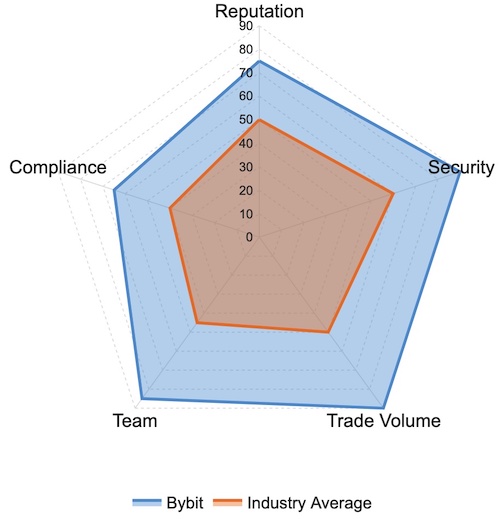