On July 1, 2017, Changpeng Zhao and Yi He founded Binance as a cryptocurrency exchange company.

On July 26, 2017, Binance issued its platform currency BNB (or Binance Coin) and raised $15 million from the ICO token sales. BNB can be used to reduce transaction fees by up to 50%. The total amount of BNB issued is fixed and Binance has committed to spend 20% of its profits on buying back and burning BNB every quarter. Therefore, BNB can best represent the growth of the Binance Exchange.

It was first based in China but had to relocate after China tightened its regulations and policies on cryptocurrencies shortly after the company was launched.

On Sept 4, 2017, the Chinese government demanded that all the exchanges in China be shut down refund all the money raised in ICOs to the investors. After that, Binance quickly opened its first office outside China. It was located In Japan.

By January 2018, Binance was the fastest growing cryptocurrency trading company in the world with the largest trading volumes per day. You can trade on its platform from all the countries of the world, except 15 where they are still hoping to be allowed to operate in.

In March 2018, hackers attempted to penetrate the Binance platform, but they were unsuccessful as the company had a robust risk management system. Following this attempt, the company introduced a hacker bounty program where it offered a $250,000 reward to whoever would give information that would lead to the arrest of the hackers.

In April 2018, the company signed a Memorandum of Understanding (MOU) with the Bermuda authorities. A similar MOU was signed between Binance and Malta Stock Exchange, which mandated Binance to develop the Malta securities token trading platform.

In August 2018, Binance partnered with three other companies to raise $32 million to develop BUSD, a stablecoin. They projected that stable coins would not be as volatile as Bitcoin and other digital assets that were trading at that time.

In May, 2019, Binance suffered huge losses after hackers penetrated its platform and made away with 7000 BTC. However, the company did not pass the loss to its customers as it used its Secured Asset Fund (SAFU fund) to cushion them.

Binance has continued to increase the choice of digital assets that its clients can invest in. Today, you can exchange stablecoins such as USDC, PAX, USDT, the dollar-backed BUSD stablecoin as well as the BIRDR, the Rupiah-backed stablecoin that was launched in June 2020.

There has been unprecedented growth for Binance in 2020 while many other companies have seen a decline in their growth. They have continued to launch more global P2P trades such as Rupee, MPESA payments in Kenya as well as more than 55 other payment methods that are now acceptable on the platform.

In February 2020, Binance launched DEX Testnet which allows traders to create wallets on the platform. They can then exchange digital assets from their portfolios.

In April 2020, they Binance held an IEO there are plans to launch another IEO soon. Although the details of the new IEO are not yet out, the news has put the price of BNB on an upward trajectory.

On August 18, 2020, Binance Academy celebrated its 2nd anniversary with a quiz whose prizes include $1,000 in Bitcoin for winners.

On August 26, 2020, Binance Futures launched DeFi Composite Index Perpetual Contract with up to 50x leverage and USDT as collateral. The index is made up of the following DeFi projects: BAND, COMP, KAVA, KNC, LEND, LINK, MKR, SNX, SXP, ZRX.

On Sept 11, 2020, Binance launched Smart Chain on the mainnet. Binance Smart Chain (BSC) is a parallel blockchain to Binance Chain which allows developers to create smart contracts. BNB staking to be a validator on the chain was enabled. Binance also put up $100 million to attract DeFi projects to its new blockchain. 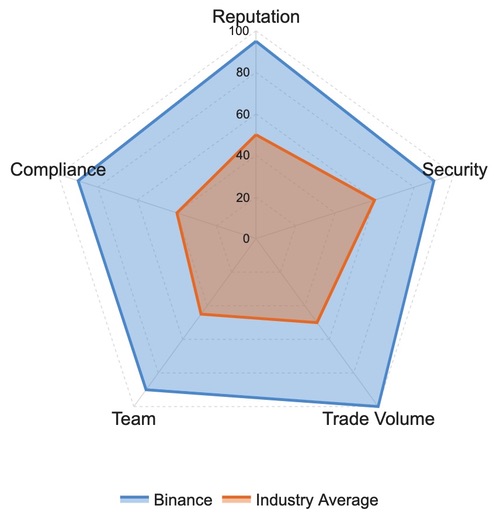