In December 2013, Marco Krohn launched Genesis Mining to give customers a platform where they could mine Bitcoin and Altcoins.

In February 2014, Genesis Mining opened its first office in Iceland and registered with the British Virgin Islands to comply with the strict cryptocurrency regulations.

In November 2015, Genesis Mining launched an ExploreBitcoin campaign, which was extended to 2016. This campaign aimed at raising Bitcoin awareness in the USA, and to encourage citizens to consider the benefits of mining and trading in Bitcoin.

In December 2015, Genesis Mining introduced Ethereum mining to its customers.

In 2016, Genesis Mining participated in Bitcoin and Fintech conferences in different countries such as Japan, Seoul, and Dubai.

In 2016, the company did its first peer-to-peer transaction in space where it sent Bitcoin to the moon.

In 2016, SGMiner-GM was launched as the company’s way of giving back to society. It is an all-in-one miner that is aligned with the company’s policy to make mining understandable and easy for customers.

In March 2017, the company made entry into the Indian market by launching a Blockspeak Conference at Bangalore and Mumbai.

In July 2017, a hacker accessed a bitcoin hot wallet on the platform and transferred funds. The customers whose funds had been lost in the incident were refunded by the company.

In 2018, Genesis Mining opened a branch in Sweden.

In May 2018, the company launched a ‘Bankers against Bitcoin‘ protest that went viral.

In August 2018, the company reported it was terminating its contracts for the lower tier miners in the wake of a persistent decline in the price of Bitcoin.

In May 2019, Anderson Coopers of CBS News visited Genesis Mining and their activities were featured in a 60 minutes show on the CBS News program.

On 14 August 2020, Genesis Mining announced that users can mine Ethereum once again, ending a 19 months dry spell for Ethereum enthusiasts as the currency has been sold out for the period. 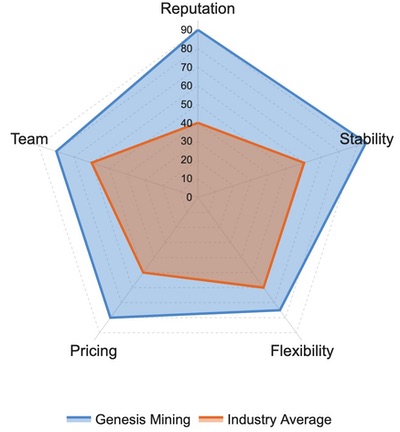