On April 7, 2018, MXC exchange was founded by experienced quantitative trading teams from Wall Street, Japan and Europe in conjunction with senior blockchain practitioners, and is a platform focused on trading digital blockchain assets.

On June 30, 2018, MXC exchange issued 3 billion MX tokens. Token holders can receive a dividend from platform transaction fees (60%) and the benefit of token burns from buybacks (40%).

MXC exchange encountered a bear market in late 2018 and struggled to find a way out.

In 2019, Binance exchange was the first to initiate the IEO model, which brought the entire market alive. Crypto exchanges became the focal point of the market, and the exchange’s platform tokens were also sought after by investors.

In addition to IEO, MXC exchange also stands out from other exchanges with its unique ways of marketing and operation.

On June 30, 2019, a poll on the future of MX tokens settled down. A total of 15,932 people participated in the poll, with approximately 80% of the community opting for the mechanism of burning MX tokens with 100% of the platform’s transaction fees for buybacks.

The mechanism to buy back and burn MX tokens with 100% of the transaction fee has been in effect since July 1, 2019, until 100 million MX tokens remain in circulation.

MXC exchange is also looking for a new position and cross-chain projects are starting to gain traction in the market.

Polkadot was the superstar among all the cross-chain projects, but its mainnet was not up and running and DOT tokens were unable to transfer and trade. MXC exchange innovatively came up with the idea of allowing users to trade in advance in the form of DOT futures (IOU).

MXC exchange attracted a large number of registered users by listing Resonance Trade Coins and Polkadot (DOT) tokens, and the trading volume of the platform skyrocketed, with the price of MX tokens increasing by up to more than 100 times, making it the brightest star of the platform tokens in 2019.

On September 19, 2019, MXC exchange launched the “Parallel Cities” campaign. The event focused on bringing together the best of the best in finance, security, payments, data and technology to discuss the future of blockchain.

On July 31, 2020, MX tokens are now live on the decentralized trading platform Uniswap.

On June 8, 2021, the MXC Exchange officially rebranded to MEXC Global. 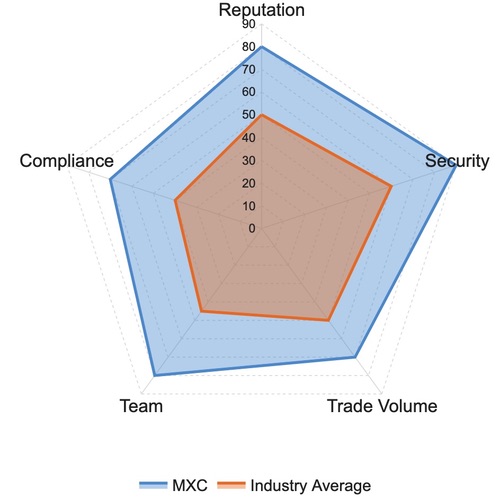