In 2013, Nimrod Gruber founded Coinmama in Israel as a platform where customers could buy digital currency in a safe, fast, and fun way.

In May 2013, Coinmama unveiled an affiliate program for its customers.

In 2016, Coinmama made it possible for users to buy digital currency with cash and credit cards.

In 2016, Coinmama also launched an educational series where it enlightened customers and the general public about cryptocurrencies.

In February 2019, Coinmama was hacked and data for its 450,000 users was stolen. The company announced that the hashed passwords and email addresses maliciously acquired from the company had been posted on a dark web registry, but the perpetrators did not seem to be using the data for any purposes.

On May 21, 2018, Coinmama added Litecoin and Bitcoin Cash as new trading currencies for traders on its platform.

On May 24, 2018, Coinmama admitted Ethereum Classic as a currency that could be traded on its platform.

On May 27, 2018, Qtum was introduced on the platform as a decentralized currency.

On May 30, 2018, Coinmama allowed its customers to buy Bitcoin using their debit cards.

In August 2018, traders from around the world were allowed to buy Ethereum using credit and debit cards.

On 19 March 2019, Coinmama allowed users to sell Bitcoin on the platform.

On November 25, 2019, Coinmama introduced Crypto Sunday. Customers could buy and sell without paying trading fees if they paid in cash or bank transfer. Customers paying with their credit and debit cards enjoyed a discount of 55% of the trading fees.

In February 2020, the company launched the Coinmama loyalty program to let loyal users access the company services at a lower cost.

On March 8, 2020, this being International Women’s Day the company announced measures it was taking to bring onboard more women in cryptocurrency. The measures were meant to break any barriers stopping women from investing in cryptocurrency.

In April 2020, Coinmama appointed Sagi Bakshi as the new CEO. He was the former General Manager of Unicorn Iron Source.

In May 2020, Coinmama partnered with ZenGo, a keyless Bitcoin wallet provider to facilitate Coinmama users to hold keyless wallets. This will help them bypass the trouble that traders experience with lost private wallet keys.

In August 2020, Customers in the USA were allowed to use the Fedwire payment method for their Coinmama transactions. 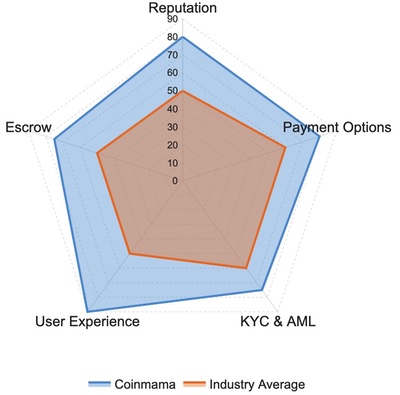