In July 2012, Jeremiah Kangas founded Localbitcoins as a peer-to-peer bitcoin trading platform based in Helsinki, Finland. He was immediately joined by his brother, Nikolaus Kangas, and together they embarked on building the company.

Before the end of 2012, he had developed the platform and implemented an escrow system to protect customer transactions.

In early 2013, Localbitcoins started to generate revenue from trading bitcoins on its platform. It focused on growing the number of customers on the platform throughout that year.

In February 2014, two people were charged in a Florida, USA court for trading in Localbitcoins which went against the state money laundering regulations at that time.

In April 2014, the company announced its plans to roll out ATMs to dispense low-cost bitcoins to the masses. Unfortunately, their system was hacked the same month and they lost $15,000 worth of bitcoin.

In December 2014, Localbitcoins had about 8,000 active customers in Germany when it was forced to cease operations in that country due to tightened legislation against bitcoin trading.

In August 2015, the company ceased its operations in New York State after authorities made it mandatory for sellers to get a BitLicences before trading in bitcoins.

In August 2016, Localbitcoins announced that it had reached 1.35 million active users from 249 countries, with a weekly trade volume of about $14 million.

In September 2016, Russian authorities announced plans to criminalize the use of bitcoin, after which access to Localbitcoins from Russia was blocked by the executive agency for telecommunication. The company advised its Russian customers what they could do to bypass the new restrictions.

On December 7, 2017, the company halted registration of new customers as the platform struggled with an influx of new members.

In 2018, Localbitcoins was listed in Kauppalehti, a local publication, as the best financially performing firm in Finland.

In January 2019, hackers stole from the customers’ accounts and Localbitcoins lost $28,000 worth of bitcoin.

In September 2019, Sebastian Sonntag took over as the company’s CEO, taking over from Nikolaus Kangas, who joins Jeremias Kangas, his co-founder, and brother, as a board member.

In November 2019, the Finish Financial Supervisory Authority (FIN-FSA) registered Localbitcoins.com as a cryptocurrency provider. This followed a stringent evaluation of Localbitcoins’ platform and activities to ascertain that it complied with anti-terrorism funding and anti-money laundering regulations.

In March 2020, Localbitcoins announced that Iraq and Pakistan residents wanting to use its platform would have to comply with the additional verification as required by the authorities in these countries.

In July 2020, the company released its financial results for 2019, showing that it had an operating income of about €17.6 million and annual revenue of €26.2 million. This is a 10% increase from what the company had realized in 2018. 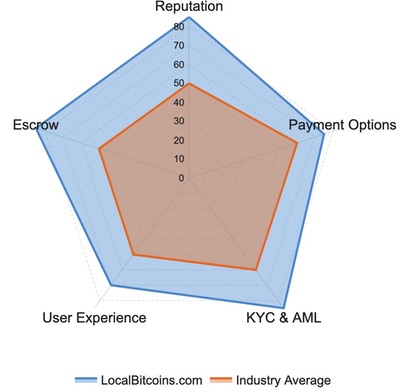