On November 1, 2014, Bit2Me was founded in Spain by Andrea Manuel and Leif Ferreira. They formed it as an all-in-one cryptocurrencies platform where users would buy and sell bitcoins, create bitcoin wallets, and access learning materials on digital assets.

By January 2015, users on Bit2Me could withdraw bitcoins from about 10,000 ATMs in Spain. They could also exchange their bitcoins to Euros on these ATMs.

By May 2015, Bit2Me users could send money across the world using the platform, and the recipients would choose to withdraw it in bitcoins or cash.

On June 4, 2015, Bit2Me launched Android and iOS apps for a better user experience. Users could make instant transactions on their mobile phone.

In October 2015, Bit2Me won a hackathon organized in Miami, USA. The company won $10,000 for developing its peer-to-peer platform where users can top-up, withdraw, or transfer bitcoins or credit card funds.

By June 2018, Bit2Me was offering BTC, ETH, LTC, BCH, and Dash buying and selling to all its customers in Europe.

In December 2018, the company opened its office and began operations in Italy.

In March 2019, the company launched its Over-the-Counter (OTC) services in its European market to break entry barriers for big traders and corporate digital asset traders.

In July 2019, the Bit2Me Decentralized Exchange (DEX) was launched to allow wallet-to-wallet exchange of digital assets among Bit2Me users.

In August 2019, the company launched Bit2Me TV, a platform that provides high quality educative and informative videos on bitcoin and cryptocurrency. It aimed to encourage self-taught users to gain knowledge of digital assets and digital assets trading.

In September 2019, the Bit2Me Agenda was launched as a site where users could find information about Bitcoin and blockchain events.

In November 2019, the company launched a platform for users to buy and sell luxury cars and real estate.

In January 2020, Bit2Me announced that as part of its plans to commemorate five years since its inception, it would work at developing Bit2Me Suite. With this, the company aims to make cryptocurrency accessible to many more users and to provide the best digital assets platform in the world.

In June 2020, Bit2Me reviewed its work policy to allow flexible work schedules for its employees. The review also introduced an arrangement where employees who work extra hours can redeem those hours at a time when there was less pressure for work.

In July 2020, Bit2Me launched a Youtube channel where they share videos daily on up-to-date news on cryptocurrency and bitcoin. The videos are condensed and released every ten minutes to keep users posted on the most recent happenings in the crypto market.

On Oct 20 2020, Bit2Me released a new version of Bit2Me Suite with better UI and security. 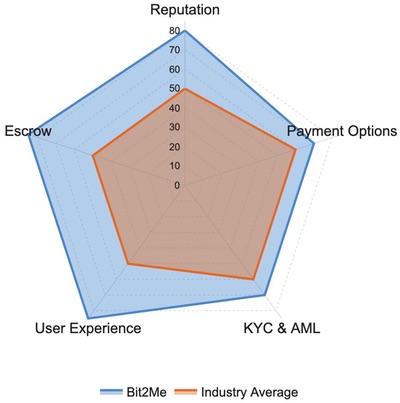